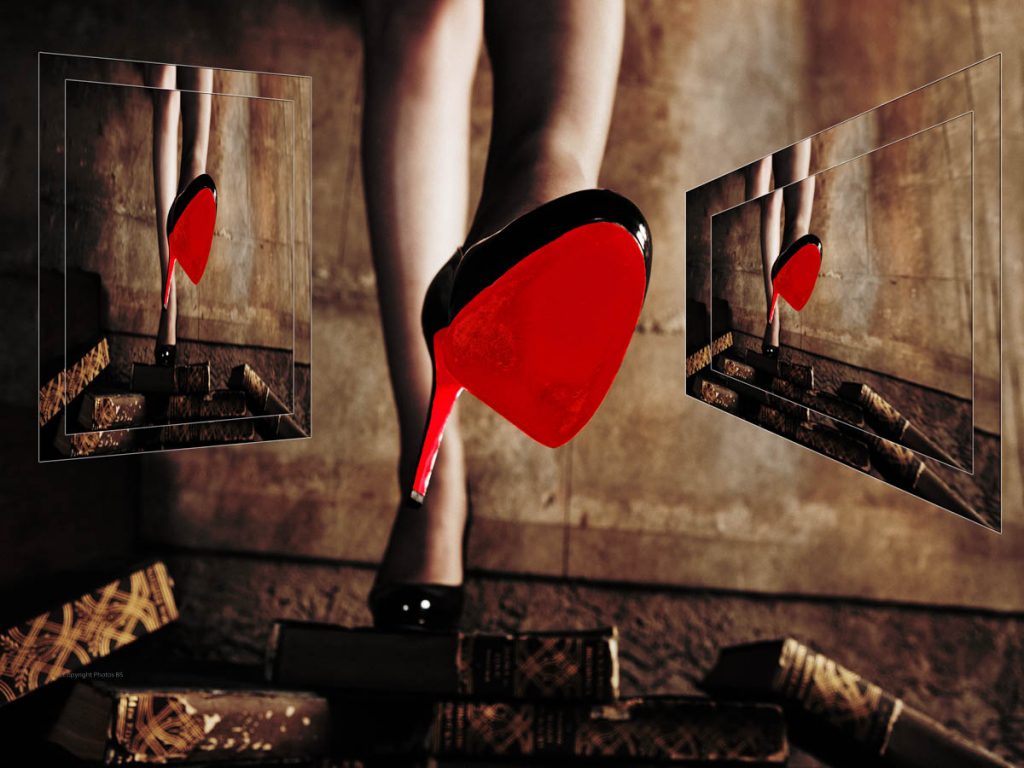 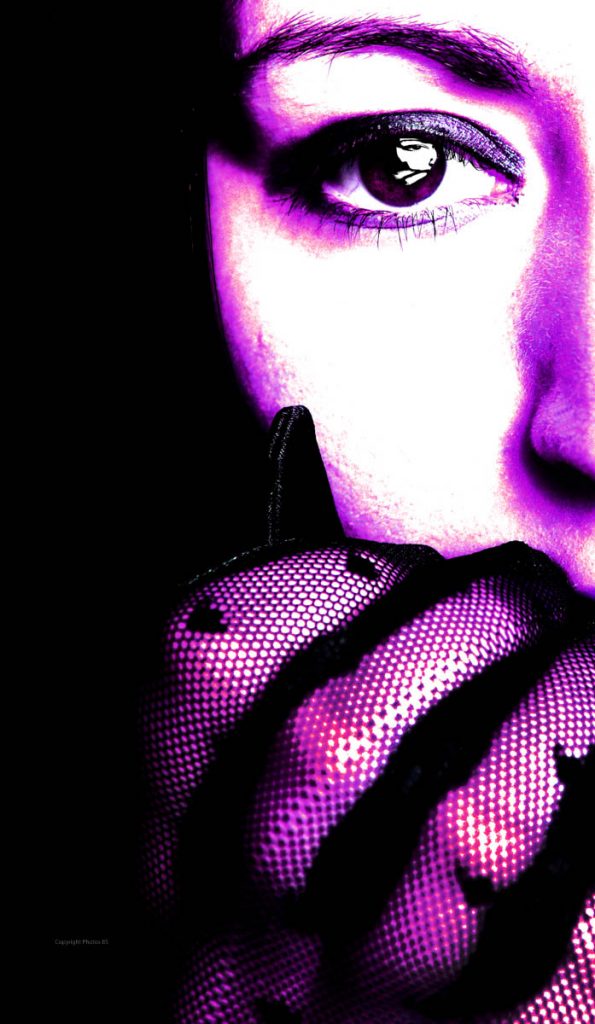 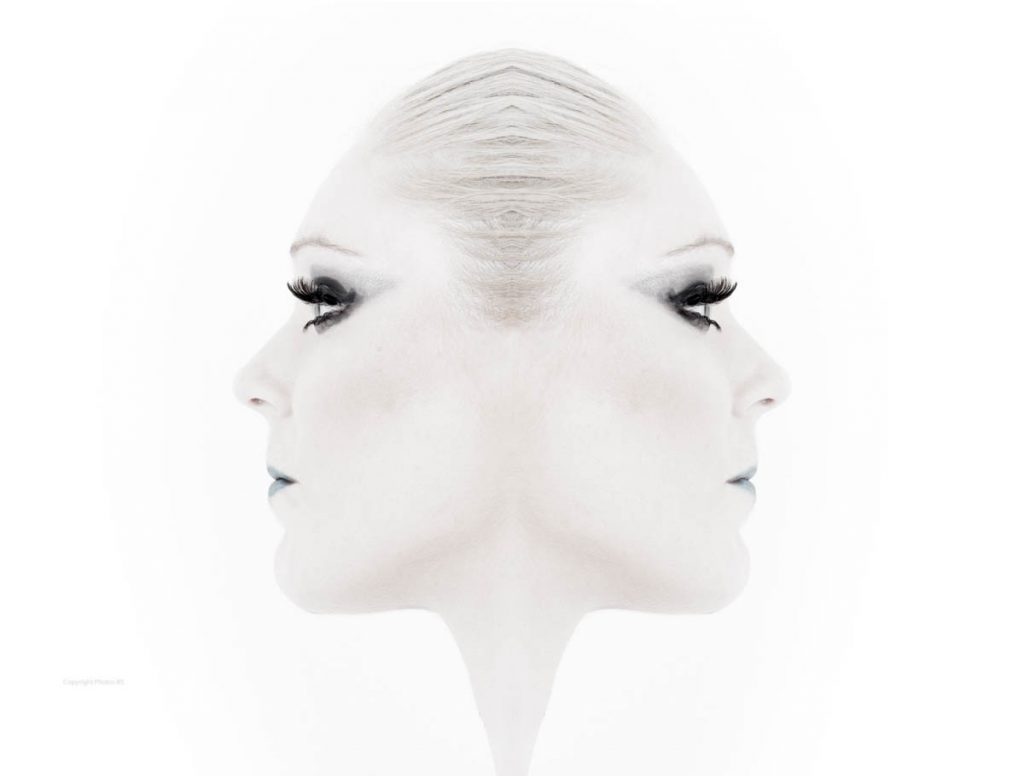 Here are three images, there called Stepping out, In the Eye and 180.

Stepping out was shoot on a fun shoot I did in London! It was in a railway arch that had been converted into an old-style music hall.

This image was shot near the end of the shoot! Boy did I suffer I was shooting in a draft and had a stiff neck later on!
The model had some great shoes with Red soles so we decided to do some bit arty with them! So the plan was to make it look like the model was taking a step forward to so looked like I was been the ground she was going to stand on!

DSLR you need to see though

This was OK but how do you do this with no high? The problem was with a DSLR you need to see through the viewfinder to see what your taking! There was also how you framing it and to focus too!

For some reason, there were some old books there so we decided to use them as part of the shot! That great problem solved! So we did the shoot and back home to do some editing.

Sometime later I was looking through my images and I looked at this shot and thought how could I use it? So I thought as was an old-time music hall and with the book been old as well, I was going to make it look old style. So Brown was the Colour I was going to make the background! Then look at it I had a lot of space both on the left and right-hand side! So then I came up with the idea of adding the same image on the left and right-hand-side as if they were pictures hanging on a wall and adding a bit of a twist to it by making them look a bit more modern.

I was doing a studio shoot with this model and when for a more mood look!

Later on, when I was editing the image I when a bit high key and change the color to the Purple. I then add the model face back into her eye, to give it a bit of a twist.

180 was from a studio shoot I did I was going for a high key look for this shoot. I had a makeup artist doing the model make up for me. so it was a team effort. I like the profile of the model with her hair tightly swept back.

There was one thing that was bugging me later on when I gooing through the images. It was the makeup stop around her ear on the neck so there was a different color.

When I was editing it I was wondering how I would get over this problem? So for some reason I make a new image file and copyedit over the portrait of the model then I started playing about and come up this!

I hope you enjoy my models portfolio I hope to be adding some new images to this soon.